Under Armour seems to be everywhere nowadays. Your friends wear athletic apparel made by them, you’ve seen product placements in movies, and you may even be sporting your own pair of UA sneakers at this very moment. They’re now worldwide and have 7,800+ employees. So where did this American sports company begin? Believe it or not, the global headquarters is now in Baltimore, Maryland, but it began in a grandmother’s basement in Washington, D.C.

A young football captain at the University of Maryland noticed his tee shirts were always completely soaked after practices, but the compression shorts stayed dry. This inspired him, Kevin Plank, to develop moisture-wicking synthetic fabric shirts. They kept athletes cool and dry, and they were also lightweight…all similar qualities of the compression shorts. Plank originally created these breathable shirts in his grandma’s basement and began traveling up and down the east coast, trying to sell them. His first team sale came at the end of 1996 for $17,000. He knew he had something good going, but this gave him even more motivation to keep at it. Under Armour was born!

This supplier of sportswear and casual apparel was the first company to develop a moisture-wicking technology in athletic shirts. It had been proven to work, and it helped that an athlete himself invented the concept for practices, games, and everyday wear. Since its 1996 startup, the sportswear company has continued to expand. Under Armour began offering footwear in 2006. European headquarters are in Amsterdam’s Olympic Stadium, and there are locations in Denver, Colorado; Hong Kong, China; Toronto, Canada; and Indonesia as well.

The UA brand experienced rapid growth after 1999, as it had been featured in Warner Brothers films, like Any Given Sunday and The Replacements. Under Armour currently sponsors the NFL Combine, as well as the University of Notre Dame. They provide uniforms and athletic equipment for the school, which has a 10-year deal with Under Armour (the largest in the history of college athletics).

From base layers, tee shirts, sunglasses, work boots, athletic shoes, and back to compression shorts, this sportswear brand knows what it’s doing. You can stay covered in quality gear that works for you. The moisture transport technology is Under Armour’s signature feature. Along with that, 4-way stretch fabrics, anti-odor technology, UPF 30+ qualities, and flatlock seams for comfort are just some of the other special features you’ll find in the men’s and women’s clothing. Breathable, stretchy, and versatile, Kevin Plank didn’t create this sports apparel JUST for football players – it’s for all kinds of athletes and workers, all over the world.

Check out Working Person’s Store for your Under Armour gear needs! 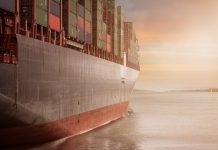