Warson-Brands is proud to be the caretaker of three of the most iconic brands in American footwear. Between Reebok, Florsheim and Rockport, the Warson-Brands company boasts a combined 265 years of heritage.

It all started with Milton and Sigmund Florsheim. The father (Sigmund) and son (Milton) pair made the first pair of Florsheim shoes in a small factory in Chicago in 1892. As generation after generation put Florsheim shoes on their feet and went to work, the brand became synonymous with success in both the working and professional industries, while signaling a deep respect for the people who wore them. Those first pairs of Florsheim shoes were a remarkable combination of style, comfort, and quality workmanship. One hundred twenty years later, the same is true today. With its unique comfort and safety features, Florsheim’s work footwear continues the tradition of style, comfort and quality for the working men and women of today.

Converse is celebrating 104 years this season, and still following the philosophy it adopted in the beginning. This slogan was part of its 1913 catalog: “Our company was organized in 1908 fully believing that there was an earnest demand from the retail shoe dealer for a rubber shoe company that would be independent enough not to follow every other company in everything they do.” Converse’s rebel image was cast. Today, the company still produces the most popular sneaker of all-time, the Chuck Taylor, and in the same inspiration, Converse is a leader in work footwear as well, creating comfortable athletic shoes, hikers, boots and casual shoes, for people who spend their work day on their feet – providing the same level of performance and protection people have expected from Converse for more than 100 years.

The advancing footwear technology of the 20th century provided the perfect setting for the birth of Rockport, which began in 1971 with a simple mission: Engineer comfortable shoes using the latest in advance technologies. Rockport was the first footwear company to introduce performance walking comfort in casual and dress shoes. And the company is still innovating today. In 2009, Rockport introduced a line of comfortable and stylish work footwear called Rockport Works, which incorporates performance technologies such as adiPRENE by Adidas and truWALK, along with other safety features and such as composite lightweight toe caps and protection from electrical hazards. 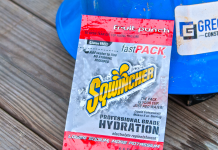 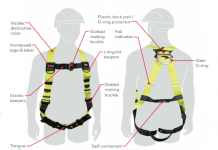 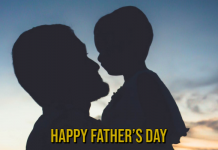 Today, as when the business began almost two decades ago, when you shop at Working Person’s Store and Workingperson.com, you’ll still feel like you’re shopping in a small shoe store in a small town in Indiana. Our attention and customer service makes that as true today as it ever was.