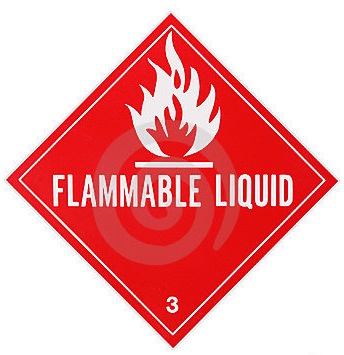 It’s a question that baffles many. It’s also the most common question when training: Why is it that I’m getting a combustible gas reading on my instrument now when I didn’t earlier today? The answer is not as complicated as you might think. First of all, a there is a common misunderstanding about when combustible gasses can be detected.

It is important to understand that flammable and combustible liquids are two different things. As defined by the NFPA, a flammable liquid is defined as a liquid whose flashpoint does not exceed 100 degrees Fahrenheit when tested by closed-cup test methods, while a combustible liquid is one whose flashpoint is 100 degrees Fahrenheit or higher. These two differences can actually be further classified into six groups:

To translate, the key to understanding all of this is to remember that it is not the liquid that is flammable or combustible, but actually the liquid’s vapor. There are three things that cause flammable and combustible liquids to vaporize and then ignite: open (no lid/unsealed) containers, leaks, or heat.

So when you get a combustible gas reading on your instrument that wasn’t present earlier in the day, the most likely cause is that the air temperature around the liquid increased, bringing the temperature of the liquid up with it. Quite simply, it’s warmer outside than it was earlier in the morning. Which, of course, is typical – the weather gets warmer as the day goes on, before cooling back down again at night.

A good example to use to understand all of this is kerosene. Kerosene has a flashpoint of 100F. So it is right on the line between being a combustible liquid or merely a flammable one. Because kerosene is right on this line, it will not give off any vapors that are detectable with a combustible meter until its temperature is close to that 100F mark. So if it’s cooler in the morning and kerosene’s temperature is in the low-90s, you won’t get a reading. But in the afternoon, when the heat of the sun has warmed the environment, it will also warm the kerosene, which will result in a temperature that will result in a reading on your instrument.

Keep yourself protected with Working Person’s Stores fire-resistant clothing and accessories. Make sure the FR apparel you choose meets the updated FR standards and regulations for 2012 which are required by your workplace.