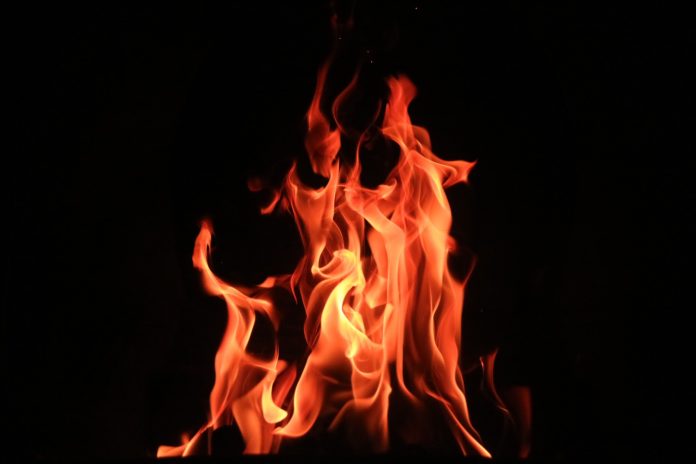 When you think of fire-resistant clothing, you probably immediately imagine fire fighters, welding shops, & maybe even electricians. With sparks flying & flames building, people with heat-intensive occupations need to have the right kind of gear. They have special flame-resistant gloves & jackets to prevent injuries.

But how was the tough material in flame-resistant clothing developed in the first place? Fortunately for us, scientists in the past took care of the “trial & error” processes that most likely burnt off some hair.

Flame-retardant materials were first created around 400 B.C., but the need for them didn’t increase drastically until the 17th century. In 1632, the idea of reducing the risk of fire in theatres came about in Paris. They fireproofed plaster and clay, so the process of creating flame-resistant materials began.

If humans intervened with chemistry to treat naturally flammable fibers, they could prevent potential harm. What started out as a simple of making things flame-resistant snowballed into awesome FR workwear used today.

In the 18th century, alum & ammonium were used to make fabrics fire-resistant. The first serious experiment took place in 1820 when a chemist named Gay-Lussac determined that two types of salt helped make fabrics flame-resistant. The first salt was low-melting & formed a glassy layer on fabrics – the second salt broke down into a non-flammable vapor when it was heated up. This was yet another step toward making today’s textiles flame-resistant.

By the 20th century, other brilliant scientists perfected this same method by incorporating stannic oxide into fabrics to make them flame-resistant. Stannic oxide (also known as tin oxide) is an off-white, powdery product that’s produced thermally from high-grade tin metal.

These techniques were used to add fire resistance to natural fibers. Once synthetic materials started dominating the cotton market, however, cotton producers needed to come up with a better way to promote their products, or they would’ve had to call it quits. The Army Quartermaster Corps’ need for flame-resistant clothing rapidly increased research regarding fire-resistant fabrics.

Advanced technologies of the 20th century let scientists start the process of chemically modifying the cellulose molecules on both the surfaces & within cotton fibers. To keep this special process commercially viable, scientists needed to work hard to find a chemical combination that still kept the cotton’s strength & durability – without being too expensive. It’s a tricky thing to balance: protect people AND protecting their wallets. But several companies are very successful at creating FR gear that checks both boxes.

The discovery of Tetra (hydroxylmethyl) phosponium chloride (THPC) in 1953 advanced the process of making fabrics resistant to flames. THPC could be applied to cotton, paper, plastic, paint, furniture, & other building materials.

Over time, research continued to improve the way THPC was utilized. The Flammable Fabrics Act of 1953 changed how clothes were manufactured and sold. Clothing couldn’t be made from dangerously flammable textiles anymore, & before they could even be sold, the articles of clothing needed to pass Consumer Product Safety Commission tests, which involved mandatory flammability standards. There are also special regulations in place that make sure children’s sleepwear is made out of flame-resistant fabrics.

The National Fire Prevention Association created the NFPA 70E Standard for Electrical Safety in the Workplace to specifically address the use of flame-resistant clothing in industrial settings. This was first put into action in 2000, & it’s recognized by the Occupational Safety & Health Administration (OSHA) as a necessary safety precaution for industries that deal with repair, installation, & maintenance of electrical systems. Because of the enactment of this NFPA standard, there’s increased need for flame-resistant clothing even in industries that aren’t involved in the safety sector.

Nomex, polybenzimidazole (PBI), Kevlar, & even wool are used in many of today’s fire-resistant clothing lines. From brands like Carhartt, Bulwark, Tingley, & more that are available at Working Person’s Store, your skin stays safe because of these rugged materials.

Nomex stays supple & won’t drip when it gets hot, & it creates a tough protective char that creates a barrier to prevent direct exposure to the wearer’s skin. PBI has a high melting point, & it’s used in welder’s apparel, astronaut’s suits, protective gloves, & even aircraft wall fabrics.

Kevlar can be found in numerous products, from ballistic vests to welding sleeves to combat helmets. It’s lightweight & five times stronger than steel, & it protects you from cuts, abrasions, & heat. Surprisingly, wool ignites at a higher temperature than cotton & some synthetic fibers. It has a lower rate of flame spread, lower rate of heat release, lower heat combustion, & it doesn’t drip or melt.