Imagine a group of fishermen on a boat, hoping to catch enough fish to support their families. They have to work – rain or shine – to make sure they don’t go hungry. What did these seamen wear before rain gear was invented? Whatever they wore, it wasn’t Grundens rainwear if it was before 1911. In this year, on the Swedish West coast in a coastal village named Grundsund, Carl A. Grunden started producing oiled garments, which are commonly known as oil skins. Carl was the son of a North Sea fisherman, so he knew how hard the rain can be on the worker. He wanted to make it an easier job. He brought his ideas to life by creating waterproof rain gear for people like his father.

Grunden was focused on creating the best quality rainwear that also provided durability and protection for professional fishermen working on the North Sea and North Atlantic. Little did he know, his company would expand across the world. That didn’t happen until after WWI, which abruptly stopped production since the war consumed all available materials. It wasn’t until 1926 that Grunden was able to resume production. The small company was named Grundens Regnklader A. B., and it has designed rainwear ever since then. Today, you can find waterproof bibs and water-resistant safety pants and jackets…you don’t have to work on the coast to enjoy these products.

PVC coating wasn’t used until the 1930s. This is a water-resistant coating that’s still used today and has had plenty of testing and improvements to help Grundens become the leading choice of rain gear for most outdoor industrial professionals. Before the use of PVC, the process of creating the garments was tricky. They were made out of unbleached canvas that was carefully sewn together then dipped into barrels of boiled linseed oil until they were saturated. It then took 14 days to dry them, and the next step involved painting them by hand using large brushes, linseed oil, and special varnishes – and it took another 14 days for them to dry again. If this sounds like a tedious process to you, you’d be correct. There had to be a better way to make a lot of waterproof rainwear.

As you can conclude, PVC made the process faster, and Grundens was able to increase its production rates. Later in the 1950s, the first rubberized fabrics were introduced. Professional fishermen liked these much better than the others, as they offered more comfort. They were also more abrasion-resistant – and they smelled better! The rubberized materials made for faster production times, so it was a win-win situation.

Today, Grundens continues to manufacture waterproof outerwear. The company still honors Carl A. Grunden, too, by providing rain gear for hardworking men and women on all major bodies of water around the world. Not only are the rain jackets and waterproof pants durable and water-resistant, but they also incorporate bright safety colors and reflective tape for even more protection. Working in the rain is a little more pleasant these days, thanks to Grundens. You can find your rainwear needs right here at Working Person’s Store. 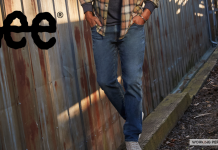 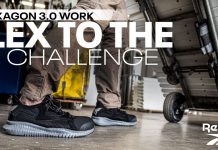