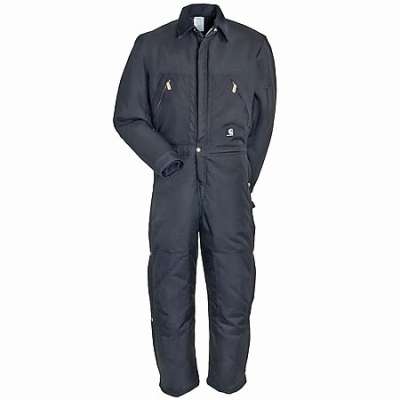 It was in the 1930’s when trade relations between the US and Japan were going downhill, that Dupont decided to look for an alternative to silk.  In April of 1930, a lowly lab assistant, working with an ester (not your friend’s sister– it’s an acid and an alcohol together), found a strong chemical that could be drawn into a fiber.  Unfortunately, it melted easily–not a good omen for summer clothing. Wallace Hume Carothers took over, and after testing 100 polyamides (don’t ask), came up with nylon. Unfortunately, after marrying a co-worker in 1936, Mr. Carothers, who had a history of depression, took his own life by swallowing cyanide in 1937, before the substance was even named.

How nylon got its name is unclear, but one version from Dupont suggests they wanted to name it “No-Run,” as it didn’t unravel easily but modified it to avoid making such an unjustified claim and to make the word sound better. You may remember the name DuPont when talking about the creation of DuPont Protera Fire Resistant fabrics. They are responsible for creating new and innovative materials to change the working person’s world, for the better in their workwear!

The world’s first synthetic fiber was officially unveiled for the first time, not to a scientific society, but to an audience of women’s club members at the 1939 World’s Fair.  (Keen marketing, huh?  Wait, there’s more…) It was described as “strong as steel, as fine as a spider’s web.”  Not only that, but Dupont didn’t trademark the name (not like “Indura,” or “Cordura,” for example), because they wanted the word to enter the American vocabulary as a synonym for “stockings.”

Whatever they did, it worked.  The first full-scale nylon plant (in Delaware, in case you wanted to know) began production the end of 1939, and the substance was first used to make toothbrush bristles, surgical sutures and yes, stockings. In fact, women lined up at stores all over the country to get hosiery made from this stuff.  By the end of 1940, 64 million pairs of these stockings were sold.  (We have no statistics on whether surgeons have ever lined up for anything.)  Nylon even starred in The Wizard of Oz movie, where it was used to create the tornado that carried Dorothy to the Emerald City.

World War II found this strong material used for parachutes and tents.  “Nylons” were a favorite gift used by American soldiers to impress British women. After the Second World War, this synthetic fiber became widely used in textiles, carpets, tire cords, and clothing. In the 1960s nylon was used in the manufacture of synthetic turf, first marketed as Astroturf in the USA.

Nylon absorbs energy well and is elastic and extensible and has a high resistance to tearing under shock loads.  Along with being exceptionally strong, it resists abrasion and damage from oil and many chemicals. Stronger than cotton or wool, it’s not as stiff as polyester, and can provide a smooth, lustrous fabric that’s lightweight easy to wash.  Nylon taffeta is a tightly woven, breathable fabric that provides good wind resistance and water repellency.  It’s often used as a lining since it is durable and slips easily over mid-layers.

It’s no wonder we feature quite a few workwear items that utilize the strength of nylon.  Carhartt uses it in their Arctic Extremes coats and outerwear.  Or check out some really durable, stylish socks that use nylon, Wigwam Socks are a great example of this.