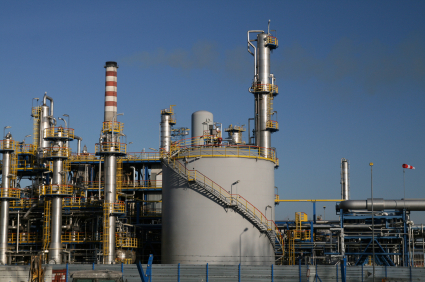 In response to these frightening numbers, NIOSH has begun to research the major causes of injury and illness in the industry.  Motor vehicle crashes actually account for the majority of the fatalities, mainly because worksites are remote, workers have long hours and driving often happens in extreme weather.  Using these findings, a publication titled “Implementing an In-vehicle Monitoring Program: A Guide for the Oil and Gas Extraction Industry” has been developed.   This guide includes step-by-step instructions for implementing an In-vehicle Monitoring Program.

In addition, elevated levels of silica exposure during hydraulic fracturing operations are also a concern as silica exposure can lead to lung cancer and other serious respiratory problems.  NIOSH is working closely with the industry to control silica and has developed new control technology, the Mini-baghouse Retrofit Assembly.  The Mini-baghouse Retrofit Assembly reduces the amount of silica dust released from sand moving machines during hydraulic fracturing operations.  A document titled “Respirable Crystalline Silica Focus Group” has also been designed to help companies understand and prevent silica exposure.

Other concerns that NIOSH is looking into are falls, fires and explosions during drilling and well servicing operations.  In order to prevent injuries and fatalities in the oil and natural gas industry, NIOSH has recognized the importance of collaborations with industry partners and is dedicated to releasing practical training materials and information to workers so that they can learn how best to protect themselves by following appropriate safety guidelines.