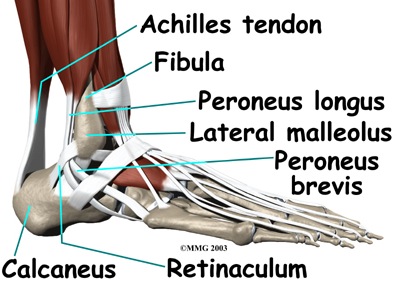 The human foot and ankle are complex organs that work together to provide strength and flexibility. The ankle serves as a foundation that provides shock absorption. The foot can sustain enormous pressure and provides flexibility and resiliency. The foot and ankle contain:

All of these components work together to provide the body with support, balance, and mobility. A problematic condition of malfunction in any one part can cause problems elsewhere in the body. Also when there is an abnormality with other parts of the body, problems can occur with the feet. This can make it difficult for working people to get their job done. There are three main parts of the foot: the forefoot, the midfoot and the hindfoot. Each part is as important as the other. The forefoot is made up of the five toes called phalanges, which connect to long bones called metatarsals. Each toe (phalanx) is composed of many small bones. The big toe, or the hallux, is made up of two phalanges, two joints (interphalangeal joints), and two small, round sesamoid bones that allow it to move up and down. The other four toes have two joints and three bones. At the ball of the foot, the phalanges connect to the metatarsals by five metatarsal phalangeal joints. The forefoot functions to balance the pressure on the ball of the foot and bears half of the body’s weight. The midfoot forms the foot’s arch and provides shock absorption. The midfoot contains five irregularly shaped tarsal bones. These bones are connected to the forefoot and the hindfoot by muscles and the plantar fascia (arch ligament). The hind foot has three joints and is responsible for linking the midfoot to the ankle (talus). The top of the talus connects to the two long bones of the lower leg (tibia and fibula), creating a hinge that allows the foot to move up and down. The largest bone in the foot is the heel bone (calcaneus). It joins the talus to form the subtalar joint, which allows the foot to rotate at the ankle. A layer of fat cushions the bottom of the heel bone. A network of muscles, tendons, and ligaments supports the bones and joints in the foot. There are 20 muscles in the foot that give the foot its shape by holding the bones in position and expand and contract to allow movement. There are large and small muscles in the foot. The smaller muscles give the toes the ability to lift and curl. The main muscles of the foot are:

There are elastic tissues (tendons) in the foot that connect the muscles to the bones and joints. The Achilles tendon is the largest and strongest tendon of the foot and it extends from the calf muscle to the heel. Its strength and joint function facilitate running, jumping, walking up stairs, and raising the body onto the toes. Ligaments hold the tendons in place and stabilize the joints. The longest of these is the plantar fascia that forms the arch on the sole of the foot from the heel to the toes. It allows the arch to curve or flatten, providing balance and giving the foot strength for walking and other activities. Medial ligaments on the inside and lateral ligaments on the outside of the foot provide stability and enable the foot to move up and down. Skin, blood vessels, and nerves give the foot its shape and durability. This system also allows for cell regeneration and muscular nourishment, and control its varied movements. The bones and joints connect the bones together and the ligaments and tendons hold them there and allow movement. No one part of the foot is more important than the other; rather they all work together to provide stability and strength for the rest of the body. And allow workers to be prepared for their job.

It is important to wear proper footwear and socks to promote healthy feet and prevent painful problems, especially if you are on your feet for extended periods of time. If you feel you may be suffering from foot ailments or any other feet or ankle problems, visit a specialist or podiatrist for recommendations on how to improve these symptoms. 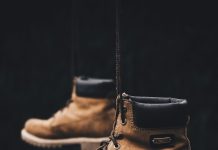 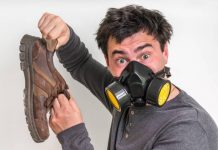